The studio is based in central London and provides quality piano lessons to all ages and abilities.

And the studio also offers inspiring coaching for instrumentalists and singers with a experienced teacher.


Are you interested in learning how to play the piano and how to make your music sound more musical?

Anyone can learn how to play the piano musically understanding the system of piano playing, concepts of music. And all of those come to the sound of music you play.

Take the leap. You will get into playing the piano with friendly, creative and personalised lessons. London Piano Studio has successfully taught many students from beginner to advanced level and helped them to find pleasure in learning piano.

If you really wish to play or learn how to play, it's time to start whatever age or level you are!

Everyone has potential to make their own future vision true. I know that students improve in different ways according to their age and learning styles. The only thing that will be required is your willingness to learn and commitment to continue.

If you or your children are ready to try, the next step is getting a good teacher who instructs you well and motivates you. I am a teacher with more than 15 years teaching experience, helping students to enjoy learning and achieve good results. My students consistently have passed grades exams high standard, some of them winning competitions and being awarded music scholarships. Even when a student only learns the piano for fun or as a hobby, there is no reason why they should not reach a professional standard.

Learning music is a wonderful thing. Making music is actually a very natural thing once if you feel so. If you haven't experienced that and would like to do so, I'm here to help you. 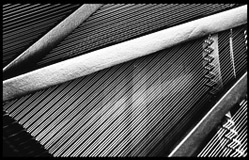 "Someone rare - who has perfect musicality"

Reina was introduced to music at her very early age, studied with Yukiko Deto in Osaka and gained a Bachelor degree from Osaka University of Music. Following to complete her degree, she was selected to perform at the Young Artist Concert in Osaka.

During the time at University, Reina had been interested in modern and contemporary music as much as classical repertoires. She passionated to explore and put a spot light on musics unknown. And during the time of exploring, she grew her interest of performing music in her unique way, new from what has been done.

Meanwhile, her passion and interest were expanded to other creative genre and that led her to form a performance group with fellow musicians and artists to make a creative stage show to explore a new style to present classic music to audiences. In 2005, the group made a successful debut at Kyoto's Art Complex 1928, and were invited to perform in the opening series of the new arts venue, Creative Centre Osaka.

Soon after, Reina moved to London where she completed her Postgraduate study at Royal Academy of Music, studied with Pascal Nemirovski and William Fong. Since then, she started perform as a soloist and a chamber music player as well as an accompanist in UK.

But a part from performing as a pianist, her passion of creating and interest of music led her to expand other studies. She also studied jazz piano with Atsuko Hashimoto, Sara Dhillon and Barry Green, and studied composition with Grigorio Giamougiannis.

Forming up improvisation performance duet with her fellow violinist, they released an album, recorded in UK and USA. One of their recent album received the Independent Music Award.

Reina was invited to join the project 'Japan Meets West' and she composes and arranges the music scores for this project team. She performed as a member of the team and appeared with them in Trafalgar Square, London in 2012. Their performance was reviewed that "it is possibly a new genre of music. Their sound had a strong essence of their roots - classic music and it is acoustic. But it could be called progressive rock or maybe even something completely new. I should say that the fact is contributed by one of the team member, Reina Okada, the pianist who did all arrangements and composition for the team."

Reina's passion of collaboration with artists has also led her to work with singers, dancers and performing companies such as English National Ballet. That led her to learn tango that became an another big passion of hers.

In 2012, she performed at Guildhall for the national event "Gibraltar Day" which was televised.

Teaching gave Reina a chance to analyze herself as a pianist and understand in more detail how to play expressively. You can't see these details when you are watching a pianist perform, but when you are taught them you can apply them to your own playing and feel the difference. Everyone learns differently and this fascinates her. It has motivated her to adapt her teaching effectively for each individual student.


Reina has always been passionate about music, and enjoy sharing this passion with others, which makes her a fervently dedicated teacher.


Her students have achieved good results from Grade exams, GCSE exams in music. Some of them were successfully given scholarships, won awards from competitions and invited to junior departments of music concessionaires such as Guildhall School of Music and Drama, Royal Collage of Music and Royal Academy of Music.

"Reina is our wonderful teacher and actually our secret weapon! Real holistic teacher!"


"Reina taught our daughter what music is. She loves music and it became a part of her life."


"Reina cares my learning process, shows me difference in sound and ways to feel comfortable to play."


"My daughter says Reina changed her life. Since she started to teach my daughter, she improved her piano playing immaculately not only with piano but also with her other instruments. She won many music awards, was offered music scholarship from her school and also offered a place to study at the junior department of the conservatoire."


"My son gave piano up once. But picked it up again with Reina and now he says he loves music and playing piano." 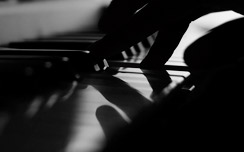 My vision is that all of my students will reach the highest possibility of their musical potential from their tuition. Each student will progress at their own ideal pace and achieve their very best as a real pianist who enjoys and appreciates music.


Through my experience of teaching as well as coaching, I realise how important it is to help students to be able to express their unique musicality and to experience how they could be free and comfortable when playing the piano. They learn not only to read and make sounds they see on the page, but also to understand and express the music that emerges. It's a wonderful moment to watch students experience this feeling.


In your piano lessons each you will fully engage your creative and artistic faculties and will find satisfaction and enjoyment.


I'm always motivated to find the most effective way to improve each individual student and have found my own method to give them a strong, firm foundation in musicality, technique and theory to lead them to the next stage of each level. My aim is always to guide students gradually to become confident in their own musicality and be able to express this.


I don't compromise on the quality of piano lessons you will receive. Whatever level you're at now, it doesn't matter. I welcome all levels from absolute beginners to advanced. Even if you've never touched a piano before, no need to worry.


All students will grow musically, academically and personally through learning the piano. And you will experience and benefit from focus and confidence in learning with me. 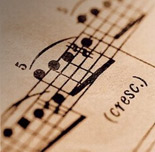 I give fully dedicated one-to-one quality lessons in a friendly atmosphere to all ages from 4 years old, to all levels, and in all genres - classic, pop, cross-over, film music etc.


The first lesson takes place in the form of an evaluation, especially if students have experienced piano lessons before. And based on this, lessons will be designed uniquely for each student to suit their individual needs.


Students will learn how to engage with the piano and control your fingers, hands, wrists, arms and shoulders by proper technical training and appropriate music selection. This will make them comfortable and free to express their musicality and expand their range of tonal character and color. Proper technique will also help them to avoid music performance injury.


I will teach all essentials to be a fine pianist - knowing the proper procedure, how to develop a colorful sound, touch, analysis, and all things piano related.


Students will be given personal practice method and homework which will be explained in detail. Homework will be checked and discussed for their further improvement. It is important to learn how to practice following the method given, which will enable effective progression.


I can prepare students for all piano examinations, such as ABRSM and diploma studies etc.

- Coaching for instrument musicians and singers

Studio or Home or Online tuition

You may wish to have lessons at my studio in central London. Alternatively I also give lessons at student's home or Online.

Which levels of learners do you teach?
– From complete beginners to advanced level.

How often are lessons?
– I usually recommend that lessons are held either once or twice a week depending on each need of student's.

Can I have piano lessons at home?
– Yes, depending on your location.

At which age can a child start piano lessons?
– If the right motivation and attention to the piano is there, beginning lessons from the age of three / four is fairly usual.

Do you teach adult learners?
– Yes.

Do you teach sight reading?
– Yes, the ability to sight read is essential as it enables the player to enjoy music on a different level and is the basis of learning to play the piano.

Do you give aural training?
– Yes, this is absolutely essential to learn how to play musically for any music learners.

Do you prepare for UK grade exams?
– Yes, I prepare for ABRSM exams and Trinity examination boards.

Is having a piano at home necessary to learn piano?
– Depending on the age and goals the answer could be yes or no. It would be helpful for you anyway if you have. However, buying a piano is rather expensive considering the fact that you might want to have a trial period at the beginning. There are several possibilities such as hiring, hiring with option to buy etc. I would be glad to consult you if necessary.

Will I have to buy music?
– Yes, buying new music is important for the learning experience.

Do you teach during school holidays?
- Yes.

How much do you charge?
– Please contact to check the current rate.

Do I pay for the trial lesson?
– Yes.

If you have any other questions which have not been answered here please contact me and I shall get back to you as soon as possible.

For any enquiry or if you would like further information or wish to book lessons, please use the phone number or the email form below.